An estimated 16% of the gross tax gap in the UK arises from enforced or late payments. Our cofounder Rob Metcalfe worked with HM Revenue and Customs (HMRC) to demonstrate the potential for behaviourally framed tax reminders to increase revenue. 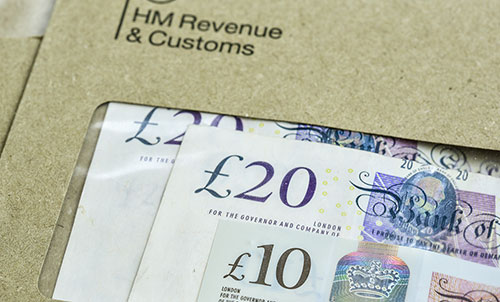 Understanding why people fail to pay

Metcalfe and his coauthors conducted two experiments across a combined sample of more than 200,000 individual taxpayers in the UK. Having developed a model framework illustrating some of the reasons why non-payment might occur, they set out to test a batch of different behaviourally framed letters with the aim of improving compliance.

In the first experiment, they tested three messages building on social norms, and two focusing on the use of taxes to provide public goods. All five messages improved non-payment on the standard letter, with the minority norm phrasing (“Nine out of ten people in the UK pay their tax on time. You are currently in the very small minority of people who have not paid us yet”) bringing in an additional £2.4 million in the 23 day trial period.

The second experiment sought to confirm replication of the results from the first, and to distinguish different types of norm-based messaging. Across all letters, more than £9 million in additional revenue was generated across the 23 day period.

These experiments generated a set of behaviourally framed messages which could generate significant additional revenue for the taxpayer. The marginal cost of sending these messages is basically zero; an additional line of text on a piece of paper already being sent to the recipient costs very little. Better yet, by providing a non-coercive way of encouraging repayments, the letters avoided the legal costs and personal stresses associated with enforcement action.

A full paper on this work is available here (published in the Journal of Public Economics).