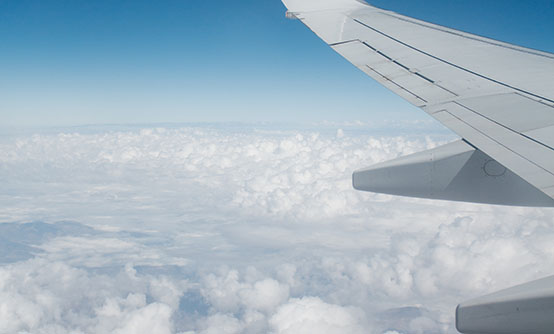 To date, most attempts to increase fuel efficiency focus on hardware. However, airline pilots are afforded a substantial degree of autonomy over decisions on fuelling and in-flight behaviour, which suggests that targeting pilot behaviour could be a promising way of improving efficiency.

Working with Virgin Atlantic Airways we conducted the first ever randomised field experiment in aviation to test interventions aimed at influencing pilot behaviour without compromising safety or service quality.

Many pilots’ taxi and in-flight behaviour is inefficient, which leads to significant CO2 emissions and costs commercial airlines substantial amounts of money.

The link between fuel efficiency and pilot behaviour

We began our project by analysing data from 40,000 unique flights from a 27-month period. This allowed us to measure the fuel efficiency of Virgin’s flights, and establish a link between fuel efficiency and pilot behaviour.

The most significant contributions to unnecessary fuel use occurred in three phases of the typical flight. First, during the fueling process pilots often overshot the optimal fuel load, making the airplane unnecessarily heavy. Second, in-flight decisions around speed and altitude are often suboptimal, increasing fuel use. Third, pilots often fail to save fuel by switching off some engines while taxiing in and out of airports.

A new type of solution

Our approach to tackling fuel waste was to directly alter pilot behaviour through the use of low-cost and non-intrusive behavioural nudges. We trialled three approaches, using various combinations of performance information and incentives.

The first approach involved sending pilots accessible information on their performance, taking in fuel load, in-flight consumption, and taxiing behaviour. The second gave pilots this information, and allowed them to set personal goals. The third built on this, offering pilots the ability to nominate a charity to receive donations if they met their targets. Our approach to tackling fuel waste was to directly alter pilot behaviour through the use of low-cost and non-intrusive behavioural nudges. We trialled three approaches, using various combinations of performance information and incentives.

The experiment was conducted between February 2014 and September 2014, and included 300 captains.

Our approach saved $5.5 million in this period, and cut CO2 emissions by 21,500 tons, while captains reported significantly improved job satisfaction.

The total cost of implementing our approach was $2,565 in postage and materials for the trial groups, or a pure financial return of 2143% without considering the value of carbon reductions or improved employee wellbeing.

We have since received accelerator funding from institutions in both the UK and the USA to develop a software platform––Signol––taking this approach to the market.

To read more about this project, please visit our publications section.