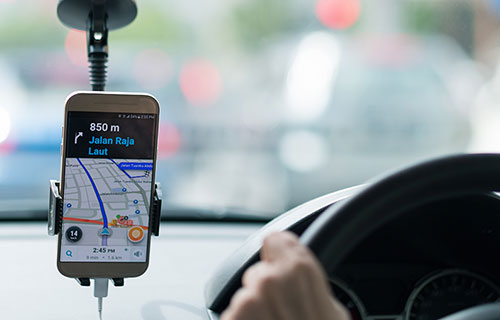 Roughly 91 million people use Uber each month, completing 14 million trips a day in the vehicles of nearly 4 million drivers. These numbers - and the sums of money raised in Uber’s initial public offering - demonstrate that customers clearly value the service it offers. Putting a precise number on that value, however, has proved surprisingly difficult. We worked with Freakonomics author Steven Levitt alongside economists from Uber to pin down Uber’s value to its customers.

While Uber gather data on the price users pay for their rides, they can’t observe the price they would be willing to pay. The difference between these figures gives us the ‘value’ gained by the customer on each journey taken, but estimating the second poses a considerable challenge. Simply asking customers what they would have been willing to pay for a journey in the past isn’t sufficient for estimation. Not only would it raise the possibility of non-responses biasing results, it relies on perfect estimation of willingness to pay in a past hypothetical scenario, and honest responses rather than attempts to ‘game’ prices lower. We worked to develop a revealed preference measure that exploited features in Uber's pricing algorithm.

Uber’s dataset covered nearly 50 million rider sessions across Chicago, Los Angeles, New York, and San Francisco. The surge pricing algorithm used by the app suggests price increases, which are rounded to simple increments - eg, 20%, 30%, and so on - presented to the user.

This rounding means that consumers in nearly identical markets will face different prices, allowing the use of a regression discontinuity design to estimate demand elasticities at various points across the demand curve.