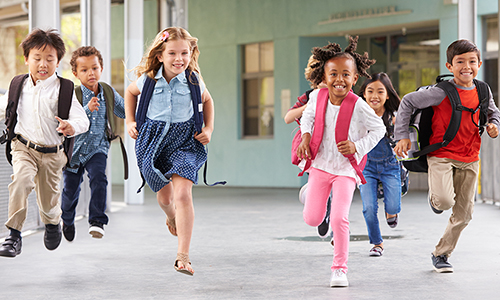 We developed predictive algorithms to help the YMCA decide where their early childhood education curricula are likely to help children the most.

Each year across the US, millions of young children take part in YMCA’s early education programs. These programs, like Head Start and Pre-K, are designed to help kids prepare emotionally, physically, and mentally for lifelong success in school and beyond.

However, when resources are limited, it’s important to understand where they will have the biggest impact before allocating them to different regions or cities. Together with YMCA, we designed and implemented a series of algorithms to predict the impact of new early education programs, allowing them to make evidence-based decisions about where to offer new programs.

YMCA early education programs have demonstrated positive effects on young children’s cognitive development ranging from reading, writing, and math skills, to IQ and problem-solving skills. They have also shown impressive long-term benefits such as increasing the likelihood that a child will go on to complete high school and even university. Kids who attend a Pre-K program, for example, tend to do better in school, get arrested less, and earn higher incomes later in life. With such wide-ranging benefits, identifying the best places to allocate funding for these programs can help ensure significant benefits to kids across the country.

We began this project with an extensive review of the literature on the cognitive, emotional, and life achievement outcomes of the YMCA’s various early education programs. By amassing a set of studies that measure the effects of these programs, we were able to standardise the effects so that they form the basis of a model to predict how kids in different contexts might benefit from such programs.

Using YMCA’s vast database on their sites across the US, which includes information on programs offered, membership, and facilities, we also implemented an algorithm that predicts the number of students that would join a new early childhood program were it to be added to the site’s offerings. 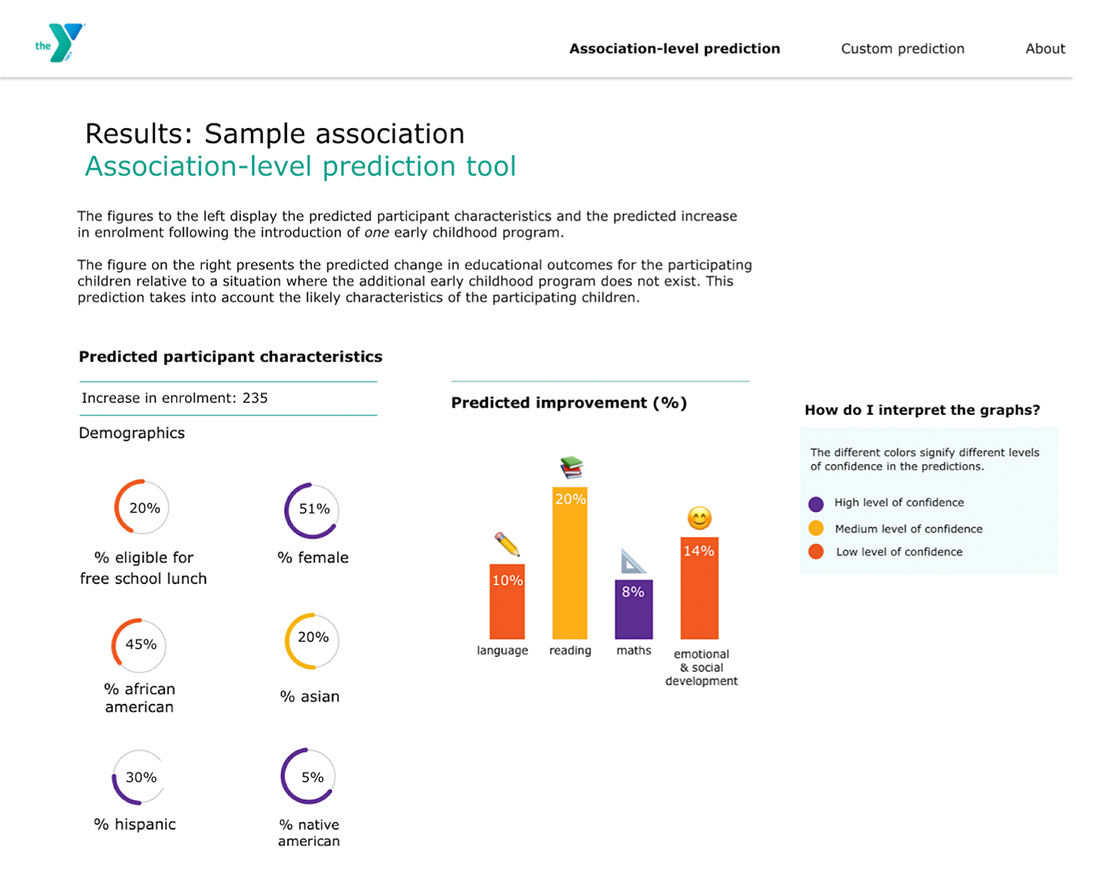 Extract of the web tool that we designed for YMCA

Armed with estimates of the impact that new programs might have on enrollment and educational outcomes, we built a web tool for YMCA decision-makers to use when considering introducing new programs.

This simple yet powerful tool allows YMCA to make decisions about how to best utilise resources based on where those resources might have the most impact.